“Immunisation is the most significant public health intervention in the last 200 years, providing a safe and efficient way to prevent the spread of many diseases that cause hospitalisation, serious ongoing health conditions and sometimes death.

Since the introduction of vaccination for children in Australia in 1932, deaths from vaccine-preventable diseases have fallen by 99 per cent, despite a threefold increase in the Australian population over that period. Worldwide, it has been estimated that immunisation programmes prevent approximately three million deaths each year.

Immunisation is critical for the health of children and the wider community. For immunisation to provide the greatest benefit, a sufficient number of people need to be vaccinated to halt the spread of bacteria and viruses that cause disease – a phenomenon called ‘herd immunity’. The proportion of the population that has to be immune to interrupt disease transmission differs for each vaccine preventable disease, but is around 90 per cent for most diseases. For a highly infectious disease like measles, this is up to 95 per cent of the population. This emphasises the need to stay vigilant and ensure high coverage rates are achieved, not only at the national level, but also at the local level.

In Australia, immunisation coverage rates for children are high, with over 90 per cent of children fully immunised at one, two and five years of age. This high rate of immunisation helps to maintain community immunity, especially for those who are too young to be immunised or those that are not able to be immunised for medical reasons. Without herd immunity, rare diseases will become common again, causing more illness and deaths.”

Common side effectsof immunisations are pain at the injection site, fever and fussiness.

Vaccines have to pass rigorous safety standards in Australia before being approved by the Therapeutic Goods Administration. The approval process takes about ten years, and after release into the community there is regular review, there is regional and Australia wide surveillance systems- Rotashield was withdrawn from USA in 1998.

In the first year of life children normally get several diseases- ( coughs and colds, etc_ they also get several vaccines. 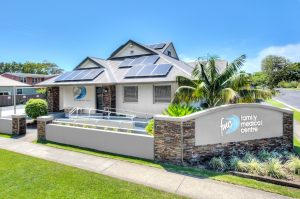 Priorix-Tetra ( MMRV) was added to the NIP 1st July 2013. MMRV shouldn’t be the first MMR vaccine which they get- as it leads to a small increased risk of fever thus febrile convulsions, they should get the MMR, and varicella vaccines separately. This gives earlier 2 dose protection against…

“Herpes-zoster (Shingles) is a painful blistering rash caused by reactivation of the varicella zoster virus – the same virus that causes chickenpox. The shingles rash occurs when the dormant chickenpox virus is reactivated in the nerve tissue, causing inflammation of the nerves. Sometimes pain in the affected region can be severe…